While test driving the Technology Preview 5 version I ran into a small new feature as part of the process of adding an RD Gateway server to a Remote Desktop Services Deployment using RDMS. 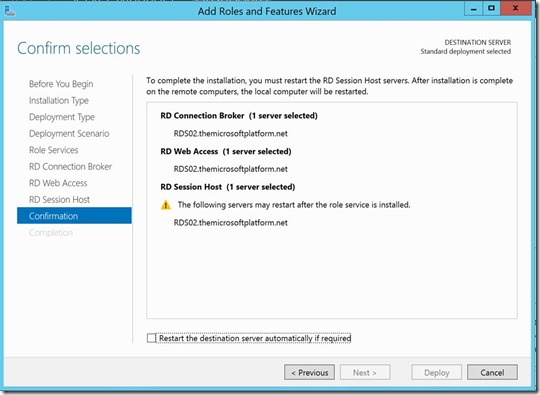 After this initial deployment we are able to add additional servers and also add the RD Gateway role.

As part of the process of adding an RD Gateway server to a 2012 R2 deployment, two default policies are also added to the RD Gateway.

– A default Connection Authorization Policy (CAP) is added that simply allows access to the RD Gateway for the group Domain Users. This is to make sure that you can start using RD Gateway immediately, however in production environments I advise to modify this CAP to only allow access by a specific (Active Directory) group of users. This is not changed with Windows Server 2016.

– A default Resource Authorization Policy (RAP) is added that allows access through RD Gateway towards all computer objects of the domain (via the Domain Computers group). Again, this is added to allow easy setup and in production environments I advise to modify this RAP to only allow access to specific resources of your RDS deployment. Below is what this default RAP looks like. 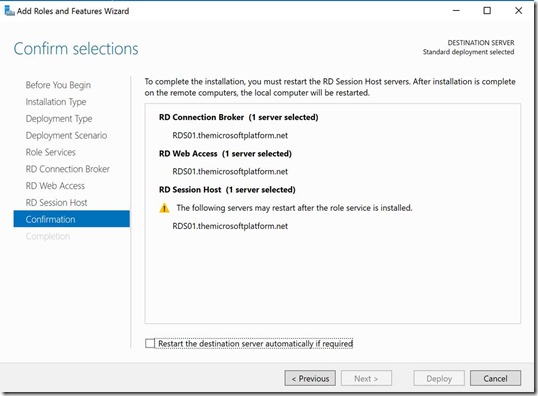 And adding a RD Gateway server to this deployment the same way.

This RD RAP provides access to an RD Gateway Managed Group of computers (called RDG_RDCBComputers) which is populated with the RD Connection Broker Server that is part of your deployment. 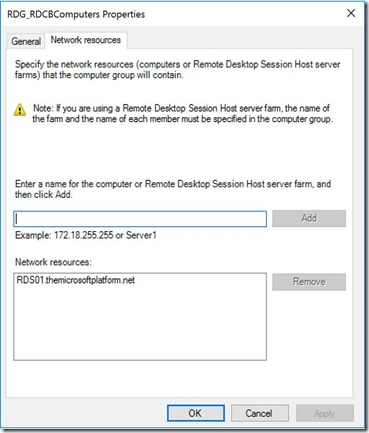 This is very helpful because adding the RD Connection Broker to the RD RAP, after removing / changing the RDG_AllDomainComputers RAP, is a task I see commonly forgotten in several environments.

When adding an RD Gateway to an RDS 2016 deployment where HA in in place, the wizard also takes case of this. In those case an additional RD RAP (RDG_HighAvailabilityBroker_DNS_RR) is added that provides access to an RD Gateway Managed group called RDG_DNSRoundRobin that holds the RD Connection Broker FQDN as shown below. 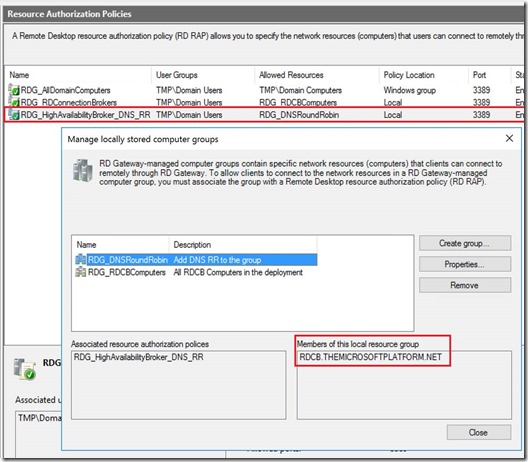 This matches the RD Connection Broker HA FQDN as configured in RDMS. 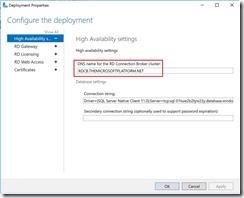 It’s a relatively small addition to the scenario based deployment of RDS on Windows Server 2016, but very helpful to provide smoother setup of the RD Gateway role in such environments. Windows Server 2016 will hit General Availability during Microsoft Ignite in less than two weeks. I’m looking forward to the launch!

About the Author: Freek Berson